Join us for free and get a copy of The Battle Plan Challenge! Sign Up Here.

Watch the video above to find out how I became a Christian. Or, read below to get all the details of my story:

I was brought up in a family that liked to experiment with Christianity. My grandfather was a missionary from a rural Mennonite area in Pennsylvania to the inner city of Chicago. He worked in the ghetto during the Civil Rights Movement, where my dad was the only white kid in his class. Later, the family moved to the northern edge of the city for another Christian experiment. They joined an urban group of Mennonite families living out the principle of having all things in common (from Acts 4:32). This is where my parents met and I grew up. As a church group, we pooled all of our income every week and lived together in large houses with shared vehicles. This gave us plenty of time and money to experiment with all kinds of creative ministries.

Because our neighborhood was near several universities, there were many international families in this part of the city. We worked with Central American refugees and African immigrants on various ministry projects. We had a ministry in the Cambodian language and did street preaching with our African American neighbors. In a church so diverse, there was little emphasis on sharing a common doctrine. Instead, the focus was on doing things together.

People brought their favorite denominational traditions into our daily life and we had lots of fun learning new things from each other. There was an Episcopal priest who served communion to a whoever wanted to get up early in the morning. We had Friday night common meals with a Messianic flavor. Some people spoke in tongues and waved worship flags on Sunday morning. We had weekly dramas portraying Biblical narratives in costume. The dance team choreographed their own worship dances and led congregational line dances for everyone to join in. Our worship team wrote much of their own folk music, which was interspersed with hymns, spirituals and popular choruses. Our housing ministry worked with the city to keep rent prices low in our neighborhood for low-income families. Everywhere you looked, someone was experimenting with a new form of ministry. All of this took place in a congregation of less than five hundred people.

Growing up in this experimental approach to Christianity impacted my view of the Bible. You can imagine that de-emphasizing doctrine in favor of experience left a hole in my textual confidence. I had been practicing prayer journaling and hearing God’s voice as a child, but I had lots of questions. Although I wanted to believe in God with all of my heart, I wasn’t sure if I my belief in God was strong enough for salvation. I thought that if I had any doubts in my mind about God, 100% belief wasn’t possible for me. This may have been because explaining salvation was not an emphasis of our church.

Thankfully, when I was in junior high someone brought me to another local church for an Awana kid’s club. Every Wednesday night I would memorize Bible verses for little prizes. I began to trust our group leaders and gain confidence in the Bible as God’s absolute truth. I received Jesus Christ as my Savior there around the age of 12.

I don’t recall many details about this special moment, but I remember someone preaching to us that there was nothing we could do to earn God’s approval and forgiveness. We were invited to pray with a leader to accept Jesus Christ’s free gift of salvation, which meant that he suffered and died on the cross to take away all of our sins and bring us to heaven when we die.

I believed that Jesus lived, died and was resurrected, so all I needed to do was receive this gift. I realized how simple this was and asked a kind lady named Karen about my lingering doubts. She explained that my doubts didn’t matter, because God only asked me to choose to believe. He was the one who would give me the belief and make it stronger. I was so relieved that I didn’t have to make myself believe in Jesus anymore. All I had to do was accept the gift of belief, just like I had to accept the gift of forgiveness. We prayed together and I told God that I wanted everything he had to give me, including belief and salvation.

After that, my fears of displeasing God abated. I understood that my open attitude toward God mattered more to him than the temptation to atheism that I experienced in public school. His thoughts became my measure of reality instead of my own. My faith began to grow. But it wasn’t until I was invited to a charismatic conference a few years later that the Holy Spirit overwhelmingly impressed on me that he loved me.

I remember standing in an auditorium at the local Vineyard church with a few people gathered around me, praying for me. I was about 15 years old. Soft worship music filled the large room with an atmosphere of love, kindness and excitement. Because I barely knew anyone there, I could focus on the Lord without wondering what other people were thinking. As this group of strangers prayed aloud for me to feel the Father’s love, the words “I love you” came clearly and powerfully into my conscious mind. I could tell that God knew exactly who I was and that he felt deep love for me, personally.

I felt like my spirit had just been touched by God. I swayed in a moment of exhilaration, and someone reached out to steady me. I knew that other people were laying on the ground, soaking up God’s love, so I just relaxed and let myself be lowered to the floor. I was not pushed down; I was honestly just enjoying the wave of peace and delight that soared over me.

Because I was young and thirsty for love, this was a formative moment in my life. This new experience of enjoying prayer drew me into the charismatic movement, where I spent many a weekend as a teenager.

I remember one trip to a large conference in Toronto during something called the “renewal” where I spent hours sprawled prostrate on the floor with hundreds of other people, worshipping God. During these moments, all religious striving to please God was gone. The Holy Spirit spoke gently to my mind and emotions, healing me from the religious stronghold of having to present myself a certain way to others. Being in a crowd of strangers meant that I could laugh, cry, dance or sleep and no one would care. Once in a while, someone would walk by and pray over me. I wanted to continue feeling this freedom to receive God’s love for the rest of my life. I finally understood that loving God didn’t mean loving what God wanted me to do for him. It meant loving who he was. My love for him grew naturally as I continued to feel (and not just study) his love for me.

Whenever I could, I returned to these kinds of Spirit-led meetings so that I could to soak in the spiritual oil of joy and release my inner conflicts to the Lord. A strong reliance on the Holy Spirit grew in me that enabled me to survive the heavy, atheistic atmosphere at my high school. I remember carrying my navy leather-bound, NIV Bible on top of my textbooks to my classes. I would read it whenever I felt alone and afraid, even if I was supposed to be reading something else. I knew that my relationship with God mattered more than the relentless academic pressure that I faced. He would reassure me from his Word that my life had great meaning. These moments of authentic spiritual victory cemented a distaste in my soul for service-based, surface-level Christianity. I knew that a relationship with God was all about intimate communication, not about pleasing him by performing rightly for him.

Not all of my spiritual warfare was victorious, however. Because I attended a very large, progressive high school with no ethnic majority, I encountered a spectrum of different forms of cultural depravity. (Our community sent us to public school so that we would not live sheltered lives.) Sometimes, the heaviness of wasted lives all around me became unbearable. At 16, I spent weeks lying around depressed, refusing to go to school. I tried to drop out, spent months on antidepressants with therapy, and moved in with other households in an attempt to recover.

Through all of these ups and downs, I was learning the hard way that Christian culture must be built on solid doctrine. All of the good, Biblical experiences in the world will leave us empty if we have no solid worldview into which they will fit. I poured myself into the study of theology and philosophy, hoping to build something stable in my mind. It seemed like each of the adults around me had a worldview that made sense to them. They simply could not communicate this worldview to me. I was stuck in my generation-Y melting pot of worldviews.

In the end, my passion for Jesus was strengthened. Still, I failed to thrive in New Age Christianity. God was giving me concepts from his Word that did not match the superficial Christian experiences that I could see in the churches around me. I badly wanted to find or create a place where everyone cared daily for each other, depended fully on God’s Word and followed the Holy Spirit completely. Yet, it always seemed like I had to choose one kind of church or another.

I couldn’t manage to find a college environment that was both intellectually humble and theologically solid. Each school seemed firmly lodged in their own flavor of tradition, whether it was the socratic method, secularism or a denominational mold. How could I prepare to reach the nations as an adult when I couldn’t even figure church out? 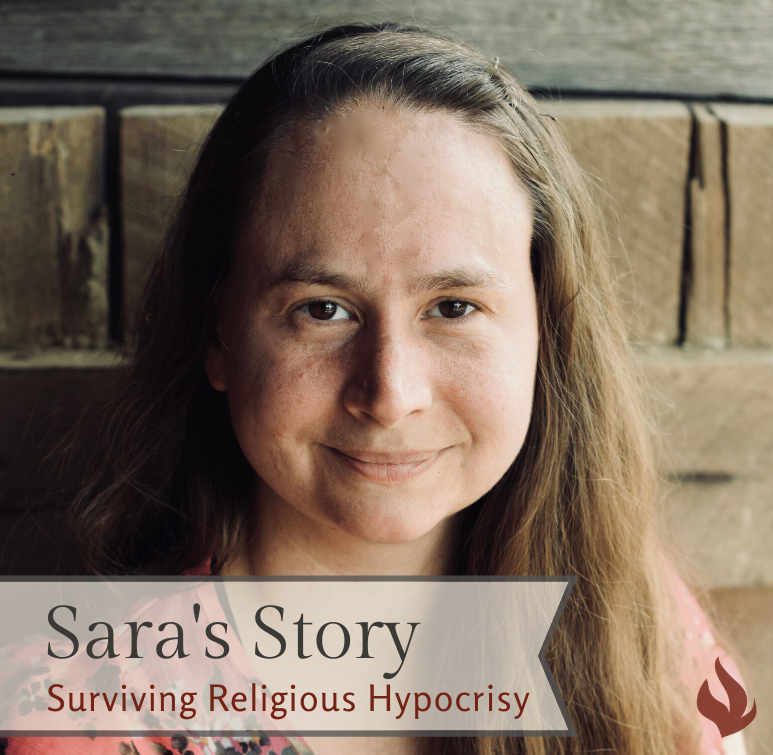 Tips and tools for a blazing ministry, sent straight to your inbox weekly.
Sign Me Up!

Welcome to Sophiculture, where we're building the strategies for a culture of revival. Want to know what God's up to? Come on in and find out. 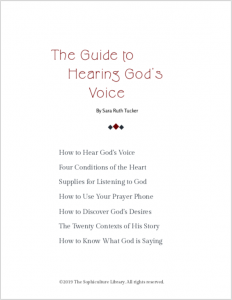 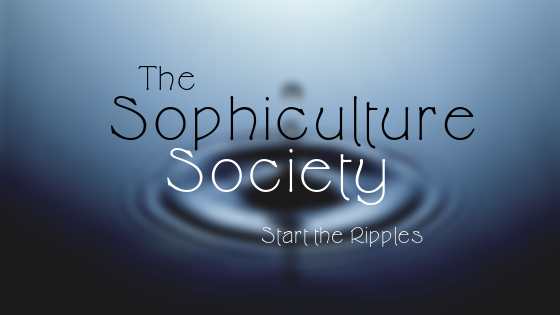 Get support to take action everyday.

Click HERE to see the books we LOVE. Click HERE to learn how to support Sophiculture with your Amazon purchases.

Come on over to our Facebook Group, The Sophiculture Circle, to chat with us!

This site contains affiliate links. As an Amazon Associate, Sophiculture Ministries earns from qualifying purchases through links on this site.